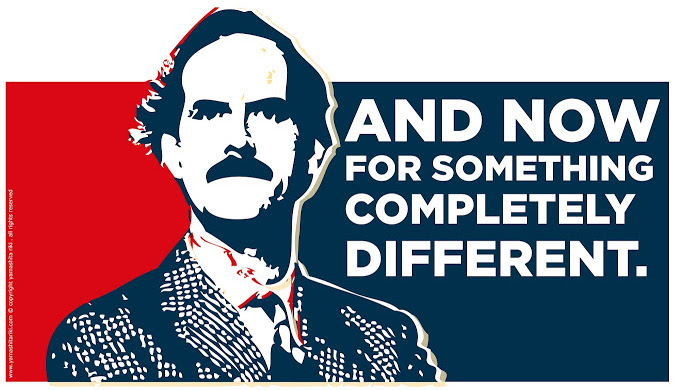 This week, I want to do a little writing exercise with Thunderdome. Pouring out your heart is cool & good, but writing is still a craft, and we're going to practice a specific aspect this week, hopefully without putting you lunatics in too much of a straitjacket.

We're going to practice voice. For the uninitiated, Voice can refer to two things in fiction writing: the speech, language choice, style, mannerisms of the author, and those of the characters in a work of fiction. Essentially, through the way a character speaks and acts, you know how they are. Ideally, a work with strong character voices should make it possible for the reader to instinctively know who is saying what without dialogue tags, because the two characters speak differently. The author's voice, to some degree, functions in a same way: while of course every author has a certain "voice" in how they write naturally, specific attention can be paid to sentence structure, word choice and style to reflect how the narrator thinks about something. That's what I want you to nail in this exercise: you're writing a story from two different perspectives, and each should have a distinct style that reflects how the narrator/POV character thinks about and interacts with the world and other characters.

The actual prompt is as follows: I want you to write a story that, halfway through, shifts gears into an unrelated scene, with a different POV character. This character should, hopefully, have a different voice than the first POV voice, or else you basically prove you don't know how to switch character voices on demand.

Of course, you still need to write a good story. So the second requirement is as follows: the second scene must end up actually being related to the first scene in a neat way, and the story should wrap up both scenes.

Example: Scene 1 is about a baseballer trying to hit the best homerun of his life. Scene 2 is about NASA scrambling to identify a UFO that's seen leaving the stratosphere. It turns out this UFO was a baseball. This isn't a very good story, but hopefully it explains what kind of deal I'm looking for.

I'll give you points based on how well you did voices, whether the two scenes end up actually being meaningful for one another, and for actually writing a good story to cap it off.

The prompt was Chili's idea, so blame him if this goes FUBAR.

I'm giving you assholes 1750 words, and another 500 if you take a flash rule. I decided to drop the wordcount a bit, sooner rather than later.

If you want a flash rule I am giving you a page or a panel from one of my favourite mangas, Jojo's Bizarre Adventure, to get your creative juices flowing. You can also ask the co-judges for a non-jojo flash rule, which also counts for your 500 words extra, but you can't double dip and get more than 500.