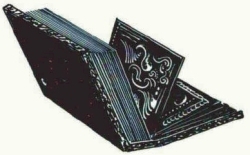 I’ve been an avid d&d player since I was in elementary school, I don’t pay too much attention to any lore that connects each edition to the next except for the planes.

The planes are a kind of solar system that revolves around the material plane (our world). There have been many ways to travel from plane to plane, but this week is more about writing something inspired off of these alien/fantastical landscapes than riding in some space whale to the land of coke and prostitutes.

This week I’ll give you a plane of existence from the annals of the Codex, these planes may be related to elemental forces like the Plane of Water, Fire, Steam, and Radiance, the negative energy plane.

They might be planes related to the transitions of reality, the plane of shadow or the astral plane.

They could also be one of the planes where personal identity, morality, are the forces that shape that plane, many of these resemble different versions of hell and heaven from various religions, like Ysgard, the Abyss, Acheron.

When you sign up I’ll give you a plane of existence to be inspired by and an article explaining a bit about it. Your story doesn’t have to be fantasy or horror, it can be a real life scenario inspired by the natures of the plane you’re given. Put a 6 in your post if you read this. Just don’t write any fanfiction (I’m banning Sigil as a plane btw), rants, etc look at the other weeks do I really need to tell you what not to vomit here.

Ask for a flashrule and you get 200 extra words. These will be songs from my favorites on youtube. They might suck but you still gotta get inspired by them, and I gotta SEEEEE IIIIIT.