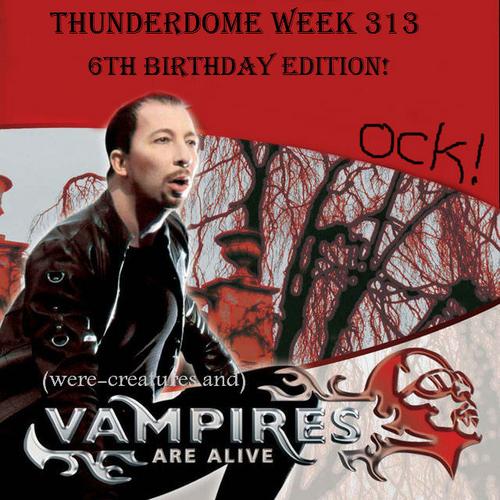 
Right, it's another year and Thunderdome is getting saggier, paunchier, slower, and frankly that halitosis is out of control.

For six years, Thunderdome writers have tackled prompts that offered some worthy challenge or uncommon vein of inspiration. We've struggled to find beauty, meaning, and evocative emotion within the confines of the very short story. This week, fortunately, you won't have to worry about any of that.

When you sign up, you will choose to be either a were-creature or a vampire. Were-creatures and vampires, as we all know, are at war so rrrr you hate each other!!


I think that's about it. Any level of collaboration or shit talk is welcome, but there is no obligation to collaborate or even consider what anyone else is doing.

The winner(s[?]) will receive either a custom Week 313 av or a $25 dollar Amazon gift card. Your choice.