Judges (crits):
Tyrannosaurus
Week Archivist:
Kaishai
Well, I don’t know about you but I’m in the middle of a polar vortex. There is snow everywhere and it’s brutally cold and I don’t know how long I’ll have heat or water but… I don’t have to go to work! And the snow is really pretty! Everything kinda feels like Christmas! So let’s just go ahead and pretend it’s a proper holiday and get inspired by the greatest holiday movie of all time! 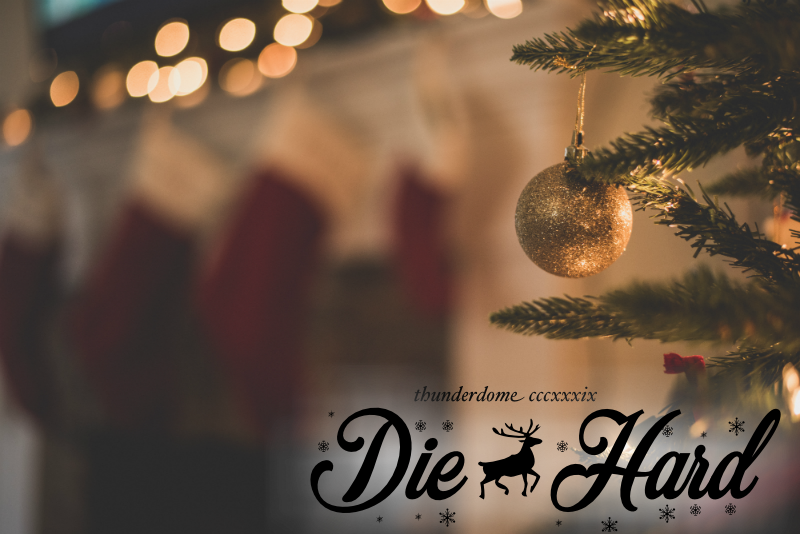 The lessons we can learn from off-duty New York policeman John McClane’s fight against Hans Gruber’s highly organized band of criminals who are pretending to be terrorists so as to mask their true intentions of stealing millions in bearer bonds from a Los Angeles skyscraper during an employee Christmas party are positively timeless. It is a great film, one of the greatest films in fact, and I want you to write great stories so let's try and tap into some of that greatness, shall we?

There are gonna be three Big Rules for your stories this week. You'll need to fulfill all three if you want to win so pay close attention!

The first Big Rule is Christmas. Your story must be set during the season of Christmas. Does it have to be particularly relevant? No. Can it be? Sure. Does it need to be there? Ab-so-lutely. We’ve all seen Die Hard. This shouldn’t be difficult. And it’s making me laugh as a concept so go with it.

The second Big Rule of the week is Randomly Generated Netflix Genre. I will assign you a genre. Your story must be written in your assigned genre. Die Hard isn't on Netflix. I didn’t know this when I was looking for it last night which means I scrolled through a lot of goofy-ass genre suggestions while looking for something equivalently great (impossible, I know, I know). Now, of course, I didn't write anything down so I'll mostly be winging these assignments. And by “winging” I mean these probably aren't real genres, I’m probably mashing things together on the fly, and they’re probably gonna be weird but they should be a lot of fun. It'll be fun. I'll have fun. If somehow you don't appreciate my absolute genius the first time around I… I guess you can :toxx: and get a second option... if you’re cool with it lowering my opinion of you. Or you can just toxx right away and start off with two to genres to pick between. Whatever, man. Nothing matters and we're all going to die! Happy Holidays!

Now, if this isn’t complicated enough yet and you would like a challenge, consider upgrading to Super Cool Max Extra Holiday Jolly Mode! No extra words for doing this. No extra consideration from your judges. No going hardcore if you’ve already signed up and received a normal genre. No getting seconds by toxxing either because bravery doesn’t come with second chances. All you get is 1) a genre that'll be bizarre as fuck and wild as hell and 2) an opportunity to impress me. That should be enough for you as long as you’re not a coward.

The third and final Big Rule of this week is Have Fun. This is mandatory.