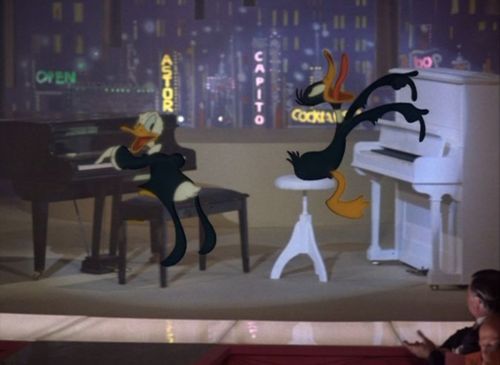 *dusts off the throne, leans back, crosses ankles*

Hey, TD. I haven't properly left the house since the 5th of this month and my favorite mess-around store is closed. I could be angry. And by the gods, I am! But I'm also sitting on this lovely throne, and I think we should all go to a place where things are a little more two dimensional and often drawn with flash animation nowadays.

This week, you're writing toons.

I'm going to assign you an iconic non-human character from movies, cartoons, videos games, anime that I've watched, etc. Looney, Disney, Cartoon Network, 90s, or otherwise. And you're going to write a story about them, but they're human.

That's it. Write me some stories about humans who are based on toons.

Oh wait. I remember "be happy and write with few words" week and y'all can't be trusted with open-ended prompts. So let's have some base rules.

* When I say "write me some human fic starring toons" this means you'll reference the personality traits and/or quirks the OG Toon has. Every other character in the story can be based out of your head. Only the MC has to be the toon base. Toons are the center of their worlds. So no making your toon-character a one off side character. They're under the spotlight.

* No, you don't get to pick your character. I'm at home any damn ways, I have time to assign all kinds of things. You'd probably pick some anime I haven't watched.

* These are stories, not fic. No high school/coffeeshop AUs. (If you read that and went "what the hell is that?" you're already on a great path to greatness.) No waking up to be suddenly human. No references to the world the toon came from as being real. No looking at a TV and wondering why they're bucktoothed and like carrots like the dude on the TV. Your MC's always been human. They don't know they're based on a toon. They're just living their life where they happen to be a lot like some character they don't know they're like. I'll yeet you out of a window and then drop a 10 ton weight on your head and you'll walk away making accordion noises.

* No, you can't use the toon's original name. You're writing stories, not fic.

* If I can't tell you used the character in the story you will DM. I know way too much about who I'm assigning you, bitch.

* This is very important: Since cartoons never die, be maimed, or kill--they just cause mischief and trouble--no one can die in your stories. At all. And no one can kill. (Don't you play your Roger Rabbit games with me.) You can't even have death in the story. You write a character in, they live to the end of that story. Choose wisely who shows up.

1500 words. Wow, you're getting a nice little chunky monkey. Flash, and I'll give you a second character (who will not be of the same universe as your first) that you must include for 500 more words.