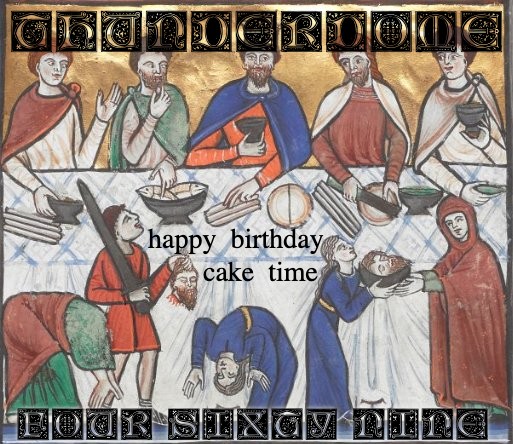 Happy Birthday, Thunderdome! We’re having a party! A birthday party!

Nethilia is, so far, the best and most favorite guest for they brought the most goodies. As a reward, they now have an extra 500 bonus words to spend! This week, next week, any week! And I can give these away because I’m in charge! Yay!

Uranium Phoenix, for saving Thunderdome, also gets a reward of 69 bonus words to call in at any time for any prompt. Huzzah!

Speaking of prompts: it’s a birthday prompt! And there’s really only one rule this week: you gotta eat the cake. But I’ve laid out a pretty delicious spread so fill up your plates and fill up your bellies. Keep your eyes on this post, though, because people may continue to bring treats.

Soda! +100 words
* Your story begins and ends with the same line.
* Your story must start and end in the same location.
* No pronouns.
* Pick a card, any card. Use it in your story.
* Eat Healthy! Include all of the 1980s food groups: Bread, Meat, Dairy, Veggies and Fruits, Sweets, Oils, and Fats.
* Florida Man!
* This picture
* This picture
* You must have a happy ending.
* No one may die.
* One character prefers to speak in rhyme.
* Your story is set in the mesosphere.

Chips and Cookies! +200 words
* Two female characters must have a 200 word conversation about something other than a man
* Divide your word count in two and write two stories. They must be connected thematically but not literally.
* You are limited to two locations.
* You must bring one of two things to the story: an elephant or an embroidery project.
* Exactly half your story is a dream, and that dream is more important than the reality
* Every sentence needs an adverb!
* Hellenistic Mediterranean is the setting. Temples mysteriously disappearing is the problem.
* “The smoke of a burning human skull will drive bees to murder.”
* Incorporate a special technology: Gravity Manipulation! This isn't just repelling gravity to float, but being able to manipulate all parts of it. I think the possibilities here are not very well explored, since usually the tech exists as a convenience to explain why all the people on a space ship aren't floating.
* None of your characters can understand each other, but desperately need to.
* “The world exists within a tear.”
* There is no 19th story. There is no Mrs. Zarves.

Pizza! +300 words
* Tyrannosaurus names one of your major characters (from a Tyrannosaurus prompt)
* Pththya-lyi chooses for you an archetype and a theme.
* Antivehicular gives you a inspirational webcomic (from an Antivehicular prompt)
* Little Ducky assigns you a K-Drama trope (from a Tyrannosaurus prompt)
* Chernobyl Princess hands you a medieval marginalia.
* Antivehicular bestows a mysterious yet thematic flash from one of their previous prompts
* "It was all a dream" is not only a valid ending to your story, it's the only ending.
* "Campy Gory Girl Power"
* This is your very specific, very special horoscope to influence and guide your writing: 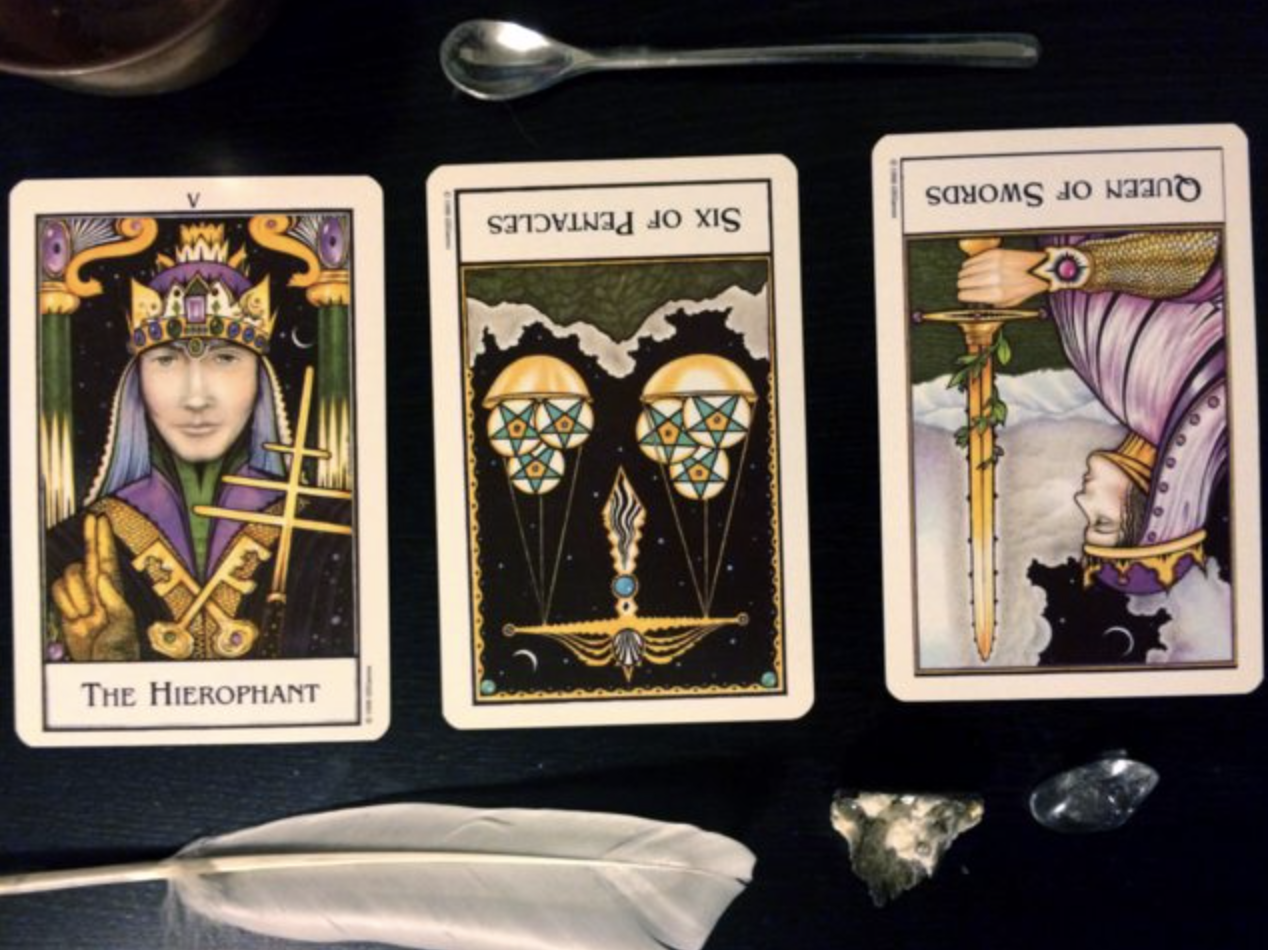 Ice Cream! +400 words
* Your characters must speak Hawaiian pidgin.
* Your characters are all buildings, from 3-9 stories high, each with a different disorder from the DSM IV. Yoruichi will assign you the disorders.
* One of your characters is a narcissist. If the story is not focusing on them, they will try to tug it back to them.
* Thranguy will give you a Grievance from the Declaration of Independence
* Your story must be told in reverse order (but still make sense).
* Your story is a Psychological Christmas Creature Feature Secret Society Period Piece About Parenthood
* No one in your story can be a white person.

Alcohol! +1000 words
* Your story can only use the top 1000 words in the English Language. (from a Nethilia prompt)
* For every 100 words, your story needs to contain another named character with a speaking role
* After 500 words, you lose access to a letter of the alphabet for the rest of your story. Every 200 words after that (700, 900, 1100, etc) you lose access to another.
* Your story is split into more than ten scenes but no scene can have more than 50 words.
* You can't use sentences longer than the baby shoes story.