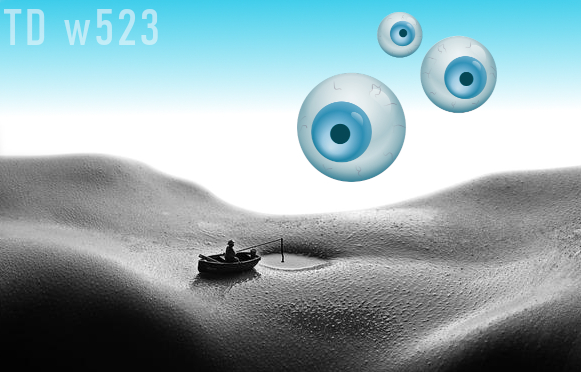 Well this is awkward. At the time of this prompt's posting, I'm about to read ONE HUNDRED MOTHERFUCKING birthday week stories. I hadn't actually anticipated having to simultaneously run another week! Since I'm working so hard judging your oblations to the blood god, I'm going to ask you to indulge me.

This week it's a shared setting prompt, except the setting was designed by me, for my novel. Feel free to embellish with your own ideas, characters, set pieces, and plot points. I'm going to provide some basic worldbuilding info. All I ask is that you integrate some of those details interestingly into a story. Since this is intended to be a truly accessible prompt, I've omitted pretty much everything related to the central conflicts of my book, other than some of the major settings and groups. So go hogwild.

When you sign up, you may ask to be assigned a faction. I will assign you one of the three groups listed in the 'factions' section. This is optional. I won't assign you one unless you ask. If you do ask for a faction, I'll expect you to write from the POV of someone from that faction.

Stories should be science fiction, science fantasy, post-apocalyptic scifi, and/or dystopian scifi. When I say post-apocalyptic, I am envisioning people living in the wake of a slow collapse, not an irradiated hellscape.

All stories should take place on an Earth-like planet called Etrenu. Etrenu is populated by humans and has a history that is superficially similar to Earth, though it's an entirely different universe. Since these are meant to be post-apocalyptic stories, you can imagine an Earth-like world roughly 400 years in our future. The planet has effectively undergone an apocalypse—the technologically-advanced society has all but collapsed, except for a few dystopian megacities and a handful of free city-states. Outside of those oases of life and culture, the land is harsh and difficult to inhabit.

As if a planetary apocalypse wasn't bad enough: the universe is slowly, subtly dying. Something is eating away at its edges—chaos, decay, entropy, rot, cancer. Whatever you choose to call it, it's unraveling the stuff that holds the cosmos together. Your characters may or may not be aware of this.

Gods walked with mortals in ancient history, but they've long since mysteriously vanished. Most people don't believe in gods, or they follow the remnants of mainstream religions that did not venerate the old gods. However, echoes of the ancient deities still remain in the world. The gods live on in city names, archaic turns of phrase, and even video game worldbuilding! Among other things.

Most (though certainly not all) surviving people live on the continent called Humet.

Oh, and the internet and videogames still exist. Gaming is one of the few unifying pastimes on the planet Etrenu! How does the internet still work? It just does. Or you can make up a reason.

Khosalu: Located on the westernmost coast of Humet, Khosalu was once a bustling seaside city, one of the technological jewels of the world. Now its abundant megatowers are populated by communities of squatters who have made the dead city their own. Khosaluans are cheerful, gregarious people who understand the value of community in times of hardship. They value their freedom, even if it means living a harsh life. Khosaluans also enjoy banter and wordplay, and take great glee in confounding outsiders with cheerfully weird turns of phrase. Visually, the city looks like an abandoned sci-fi paradise that folks have done their best to restore to something livable. Khosalu has two seasons: the hot hot dry season, and the sodden wet season.

The Abodes: The 'Abodes' are a network of megacities scattered across the continent of Humet. Abode residents are known as Bodians, though the other factions often refer to them pejoratively as 'bodi'. Because the megacities require endless resources and materials, they often annex and strip free cities for resources and salvage. All of the Abodes are overseen by a sapient artificial intelligence that uses citizens' brains as a kind of distributed computing network. Because of this, the Abodes are generally reviled by outsiders—to become a citizen, one has to allow the enigmatic AI into their mind. The cities themselves are stunning to behold; the buildings are lush with biotech and the people are comfortable, cosmopolitan, and generally well-cared for. But at what cost? There are six Abodes in total:

The Scalvs: Scalvs live a harsh, nomadic life out in the apocalyptic wastes. They shun all cities, preferring to live in small, temporary settlements. 'Scalv' is a perjorative term assigned to the various nomadic peoples by the cityfolk—most scalv communities have their own names and identities, though outsiders rarely are trusted with this information. Scalvs occasionally do business with free cities like Khosalu, trading drugs and salvage for tech and creature comforts. The Abodes want to exterminate them as a nuisance, or indoctrinate them as citizens. Aesthetically: think Tank Girl meets Mad Max: Fury Road and you'll have an idea of what I'm going for.

The militias: Once, militias (also referred to as 'chia', or 'chiafolk') were a lot like the contemporary militias of Earth: reactionary paramilitary groups motivated by bigotry, fear, or a desire to overthrow the status quo. Then the world fell apart and militias had to start supporting themselves. After generations, they're still dickhead neighbors, but they've begrudgingly formed the beginnings of a functional society. Militias tend to make their homes on the fringes of free cities, since they require the trade but want to retain their sovereignty. They rarely, if ever, cooperate with the Abodes willingly. They begrudgingly cooperate with the free cities, but only when necessary.

The sympos: 'Sympo' is a slang term, short for "sympathetic doctor". Sympos are doctors who were trained in advanced medicine in the Abode megacities, then took their skills and fled to the free cities (like Khosalu). Sympos are considered to be criminals by the Abodes, since it's illegal to practice Bodian medicine outside of the megacities. As a result, Sympos must integrate with whatever faction they end up with. Without sympos, residents of the free cities would have significantly reduced access to medical care.

Sunken Hope: Sunken Hope is an underwater techno-paradise somewhere off the coast of Humet. Mainlanders affectionately call residents of Sunken Hope fishbellies, because they tend to be sickly pale. No mainlander has ever been to Sunken Hope; the aquatic city would almost seem mythical, except that the fishbellies tend to be prolific programmers and internet junkies who make very real contributions to the virtual world. Little is known about them other than that, and the fact that they seem keen on sending entertainment and technology to the mainland.

The gods: Once, there were hundreds of them. Now they're long gone, nearly forgotten. Or are they...? Gods were the programmer-poets of the universe, speaking all of creation into being in the form of a grand, intricate poem. They gave humanity two gifts: 1) free will and 2) The ability, upon death, to go to the place where gods cannot see. Human souls can depart the divine poem when they die, forever putting them out of reach of godly semantics. Few humans remember the time of the gods, and even fewer wonder at their whereabouts. There were so many gods that it's possible even I, the creator of this world, don't know them all! So feel free to make some up if that's the direction you want to take your story.

Feel free to collaborate or work alone. I'm not fussed about whether or not you write about my world as I envision it. Just tell me an interesting story using some of the details above.

No external links (including google docs), no erotica, no fanfic, no transparently ideological screeds, and I probably won't enjoy reading poetry unless it's truly godly.

9 Total Submissions, 3 Total Failures:
1.
Screaming Idiot
They’re all alike, yeah?
2.
MockingQuantum
Depth of Feeling
3.
Honorable Mention
Something Else
Crab and Spouse
4.
Loss
The man called M
Je'fray and the Green Bear
5.
Thranguy
No Master
6.
Winner
sebmojo
The Fool Says in his Heart what Cannot be Thought
7.
The Cut of Your Jib
Pollen on the Breeze
8.
Honorable Mention
Bad Seafood
Only Human
9.
Disqualified
Idle Amalgam
What's Fair is Fair
Failures who signed up but did not submit: